When it comes to keeping ball pythons as pets, there can be many challenges. Unlike traditional animals such as dogs or cats, ball pythons have very specific husbandry requirements including but not limited to housing, diet and temperature requirements. In other words, those who keep these types of snakes will find it helpful to know basic facts about ball pythons to avoid unnecessary and potentially harmful issues. That's where RodentPro can help, so read on to learn other fun and interesting ball python facts.

One of the first ball python facts that you should know is exactly where they come from, as well as how they got their name. Also referred to as royal pythons, the ball python originated in parts of Central and West Africa. Given its size, docile manner and array of colors and patterns, the ball python is one of the most popular pythons kept in captivity.

The ball python derives its name from the fact that, if threatened, it will roll itself into a tight defensive ball with its head and neck tucked between its coils. The snake’s coils are so tight and compact that it's able to keep itself protected from all types of predators, it is the only python that utilizes this defensive posture.

Despite their defensive nature, many people choose to adopt ball pythons as pets because they're extremely calm animals when fully acclimated to their environment. They also live up to 30 years on average, making them the perfect long-term companion. 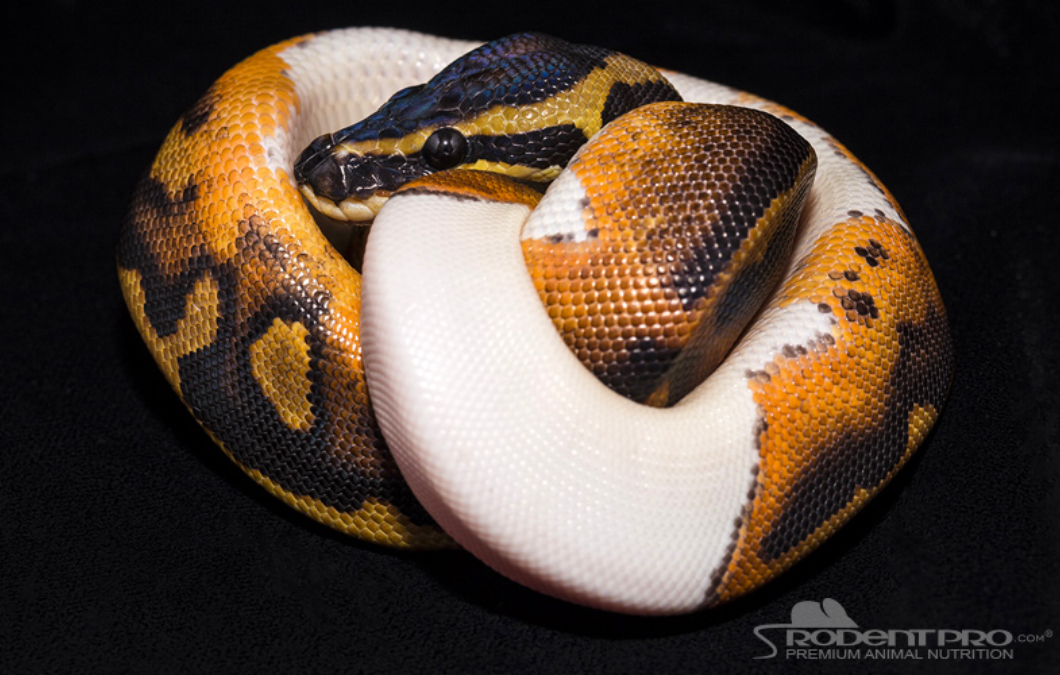 Keeping ball pythons as pets is fairly easy due to the fact that these snakes do not require exceptionally large enclosures. In fact, a 36-inch by 18-inch by 12-inch enclosure will comfortably house an adult ball python. Newspaper, paper towels and cypress mulch are the most commonly used substrates.

Ball pythons, like all reptiles, are cold blooded and require an external heat source. This means the warm side of your snake's enclosure should be maintained at 87 - 90 F and the cool side should be 77 - 80 F. Most ball python owners provide an adequate sized hide box on both the warm and cool sides of the enclosure. Furthermore, the humidity level in a ball python’s enclosure should not drop below 50% to 60%. A clean water bowl is a must, so be sure to change your snake's water bowl daily. 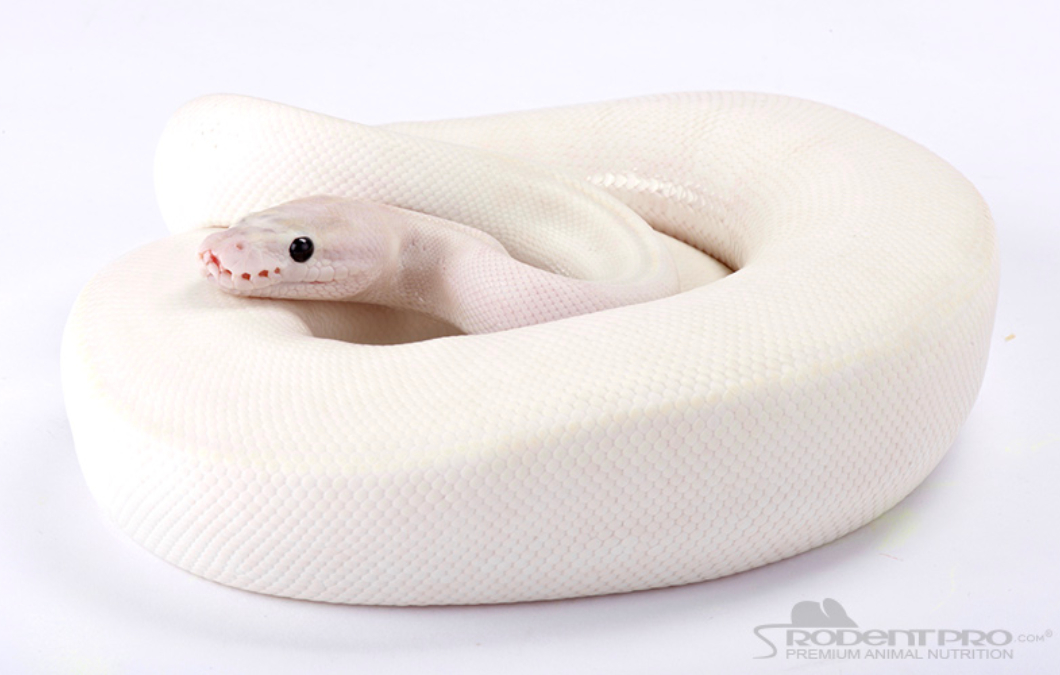 Like all pythons, ball pythons subdue their food by constricting the prey item which restricts the flow of blood and oxygen to the animal's vital organs. Most ball python breeders prefer to switch their ball pythons from mice to rats at a young age. Even though ball python pets have a reputation for being finicky (especially in the winter) most will accept a frozen/thawed prey item. When selecting the appropriate sized prey item for your snake, start by choosing the size that shares the same circumference as the thickest part of the snake’s body. If you are not 100% certain on what size to order, you can contact us and a RodentPro customer service representative will gladly assist you in making the correct choice.

Get Premium Quality Food For Your Ball Python

RodentPro carries a complete line of food for ball pythons! Contact us today for more facts about ball pythons or if you have questions about any of our products. 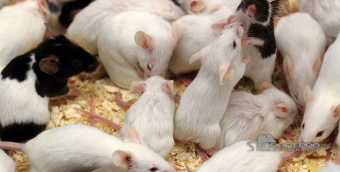 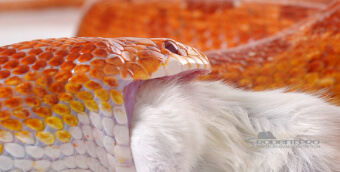 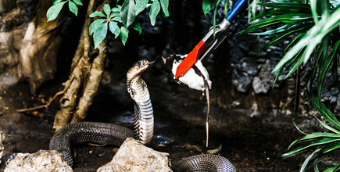